Jeff Beal, celebrated as both a concert composer of affecting chamber and orchestral works as well as a highly-prolific composer for film and television, will release his newest recording project, The Paper Lined Shack, on June 24, on Supertrain Records.

Comprising two works – the album’s namesake, “The Paper Lined Shack” for soprano and orchestra, and “Things Unseen” for string quartet – this album is a deeply personal one for Beal in many respects, representing Beal’s lineage, past and present.

The libretto to “The Paper Lined Shack” was compiled by Joan Beal, utilizing texts and images sourced from his great-grandmother’s memoir, composed in her late years.

The cycle is performed by two-time Grammy Award-winning soprano Hilá Plitmann with the Eastman Philharmonia conducted by the classical music giant Leonard Slatkin; the world premiere of “The Paper Lined Shack” took place in 2019 with Plitmann, Slatkin, and the St. Louis Symphony Orchestra.

“Things Unseen,” the second complete work of the album, was originally commissioned by Eastman School of Music’s quartet-in-residence, the Ying Quartet which, at the time of its world premiere, consisted of four siblings.

According to Beal, “Each of the four movements unfold as balancing acts of controlled dialog and chaos. Ideas are introduced by one player, developed, morphed, and passed around the room, as in the best of dinner party conversations- perhaps a group of siblings,” The recorded version is performed by the New Hollywood String Quartet (Tereza Stanislav & Rafael Rishik, violins; Robert Brophy, viola; Andrew Shulman, cello).

The album is also indicative of Beal’s many ties to Eastman School of Music, where he is an alumni and the founder of The Beal Institute for Film Music and Contemporary Media. 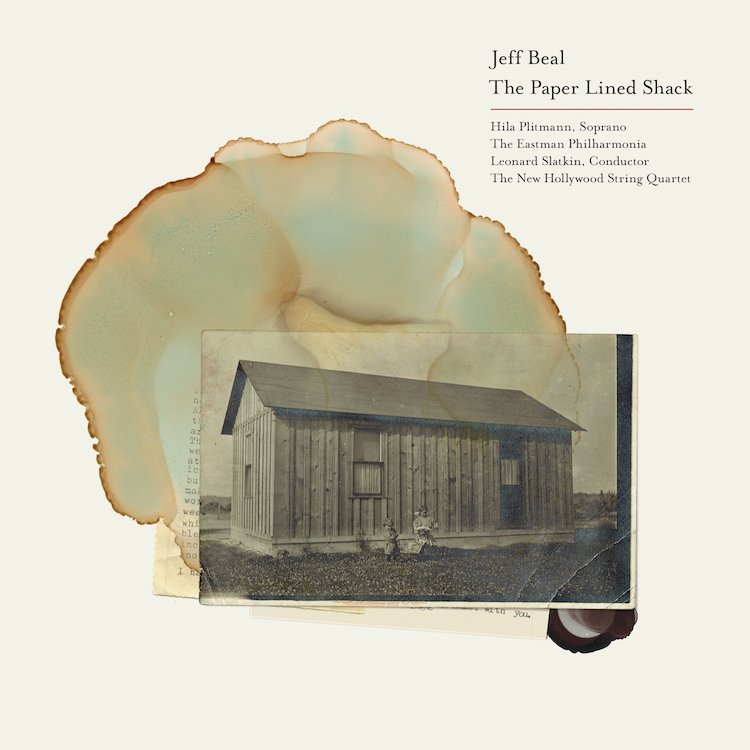 The Paper Lined Shack for soprano and orchestra 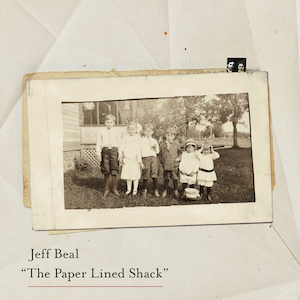 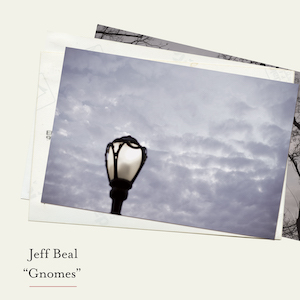 Jeff Beal is an American composer with a genre-defying musical fluidity. His work has been nominated for nineteen, and won five Primetime Emmy awards for scores for House of Cards (Netflix), Rome (HBO), Carnivale (HBO) Nightmares and Dreamscapes (TNT), Monk (USA) and Oliver Stone’s The Putin Interviews (Showtime). Film scores include the documentaries The Biggest Little Farm and Blackfish, and dramas Pollock (dir. Ed Harris) and Shock and Awe (dir. Rob Reiner).

Beal composes, orchestrates, conducts, mixes and often performs on his own scores – no other artist’s brush strokes touch his canvas. An accomplished and recorded jazz musician, Beal uses his improvisational skills to read the emotional tone of a scene. “This process allows me to envision a world where anything can happen,” says Beal. Jeff has begun conducting his own music in recent years leading National Symphony Orchestra at the Kennedy Center in the premiere of House of Cards in Concert, a live to picture event, with further performances in Miami, the Netherlands, Denmark, and Jerusalem. In March of 2019 he led the Qatar National Symphony in the world premiere of his work The Radiant Pearl, commissioned for the opening of the Qatar Museums in Doha.

Recent premieres include a Flute Concerto for solist Sharon Bezaly and the Minnesota Orchestra, The Paper Lined Shack, commissioned by the St. Louis Symphony in honor of Leonard Slatkin’s 50 years with the organization, and the first two installments of his German Expressionist Silent Film Trilogy: F.W. Muranu’s Sunrise: A Song of Two Humans commissioned by the Los Angeles Master Chorale, and Wiene’s The Cabinet of Dr. Caligary commissioned by the Bundesjazzorchestra. Upcoming premieres include a co-commission from the Rochester Philharmonic Orchestra and Eastman School of Music celebrating the 100th anniversary of the Kodak Hall, and a recording release of The Paper Lined Shack.

Born in 1963 and raised in the San Francisco Bay Area, Beal’s grandmother was a pianist and accompanist for silent movies. An avid jazz fan, she gave him Miles Davis’/Gil Evans’ Sketches of Spain album when he was beginning his trumpet studies. In addition to studying both classical and jazz trumpet, Jeff was a self-taught pianist and spent countless hours in the library learning music theory and composition on his own. Encouraged by conductor Kent Nagano, Jeff composed a trumpet concerto at age17, which he performed with the Oakland Youth Symphony, as well as a number of large ensemble jazz charts that are still in publication today.

It would be across the country at the Eastman School of Music that Jeff would discover both his musical voice, as a student of Christopher Rouse and Rayburn Wright, and the love of his life, soprano Joan Sapiro Beal, who frequently performs his music. In 2015, the couple donated funds for the creation of The Beal Institute for Film Music and Contemporary Media at Eastman. The Beals have also donated to fund the collaborative Music and Medicine initiative at the University of Rochester, having experienced the impact of music on health in their own lives.

Page design and media produced by